“Molecule 05 is a minimalist sketch of summer. Escentric 05 takes that sketch and fleshes it out into a full-blown summer’s day. Escentric Molecules 05 is the first time I have chosen a molecule and made a fragrance that evoke a sense of place – a summer place that is very special to me.”—Geza Schoen

Cashmeran is the molecule I’ve chosen to be Molecule 05. As you would expect with a name like cashmeran it’s warm and caressing. For me it evokes the sensuousness of summer.

A creamy aura that makes you want to nuzzle into it

Cashmeran is both woody and musky. Already that’s rare. But that’s not all. It’s complex and multi-facetted, almost like a whole fragrance in one molecule. How can something be dry and creamy at the same time? It’s a paradox, but cashmeran does that too. It has the dry quality typical of woods, but also a creamy aura that makes you want to nuzzle into it.

What really pumps up the summer feeling for me is the pine note in the molecule. We tend to think of the clean high smell of the needles when we think of pine. But the pine note in cashmeran is different. It’s the scent of pine wood. That smell for me evokes walking up a path of ancient trees whose wood has been penetrated by the sun all summer long till they ooze out the last gasps of a resinous, balsamic breath.

A path of ancient trees whose wood has been penetrated by the sun till they ooze out the last gasps of resinous, balsamic breath

So cashmeran is woody, dry, musky, creamy, pine-y, resinous—and it even has something else. A fruity note. If I had to connect it with a single fruit it would be a rosey apple note. Cashmeran is one of those mysterious molecules that is hard to put into words.

Escentric 05 is special. Like the other Escentric fragrances it riffs on the Molecule, but it’s more than that. Escentric 05 is a evocation of my summer retreat on a Mediterranean island. It’s a little piece of my heart, my most personal fragrance yet.

Escentric 05 is a little piece of my heart, my most personal fragrance yet

Have you ever spent all afternoon lying by the sea and then, as the sun begins to drop, walked up a path through dry, aromatic herbs and bushes, under pines that have soaked up all the heat of the sun? That’s Escentric 05. It was influenced by the very specific smells of the old cobbled path that leads to our little house on Mallorca. The first time I walked along that path, I began to scribble inside the notebook of my head – notes about the smell, how unusual it was.

The path is Roman, and the trees that shade it are hundreds of years old. Their living wood has been penetrated by the sun over countless summers and drenched in winter rains year after year. This changes their essence, giving it a concentrated dryness as if the wood has been pressed like coal. A touch of sweetness oozes from these trees in beads of resin. That resinous note is echoed in the mastic I’ve used in the fragrance. Mastic comes from a little Mediterranean tree that grows especially by the sea. The pine in the fragrance also connects with cypress, a Mediterranean tree with a herbal-woody expression. I often use cypress, but never as much as here.

As you walk higher up the path, the sound of the sea falls away and the smell of dried-out Mediterranean herbs fills the air. I’ve included laurel, rosemary, and the ambery smell of labdanum. Also juniper berry because it’s the most sophisticated pine-y note we have. Juniper is very sexy. There’s also pink pepper, basil, and some coriander seed which adds a sweet touch to the herbal freshness.

A Distant Ghost Flower on the Breeze

To get to the path you first go through an ancient wooden door that’s falling apart. As you open the door, you are hit, even in the hottest summer, by a delicious smell of linalool. Linalool is the molecule that gives an impression of freshness to so many flowers. I tend to avoid florals, but linalool? It’s the lively and fresh part of the flower, the part I love. Every time we go to the island we search for what flower could possibly be blooming in the scorching summer heat, but we have never found it. It’s like a distant ghost flower that comes in on the breeze. If I hadn’t encountered this unknown flower on the path I would never have thought of including that much linalool. But it’s perfect. It adds something light-hearted to the deep woods of the fragrance.

Escentric 05 is closer to nature than the other Escentric fragrances. Synthetics form its skeleton, but its flesh and its soul are the naturals. Along with cypress, laurel, pine, mastic and all the herbs, there’s a little jasmine absolue, some irone—the main component of orris—bergamot, mandarin, lemon and orange. Orange makes you smile like no other ingredient. It’s the smell of happiness, and that’s how I feel when I set foot on the island. There’s also a little fig note. If you didn’t know you probably wouldn’t detect it, but it had to be in because of the fig tree that adds its tonality to the aroma of the path.

And then there’s the ingredient that, to my mind, smells closest to sunlit air. Bisabolene, which is a molecule originally found in bergamot. You know those summers when you spend the whole day on the beach, swimming, sunbathing, swimming again… and as you roll over to get up and head home, you catch a whiff of your own underarm? That’s bisabolene. Sun-kissed outdoor skin. An essential element to the smell of summer. 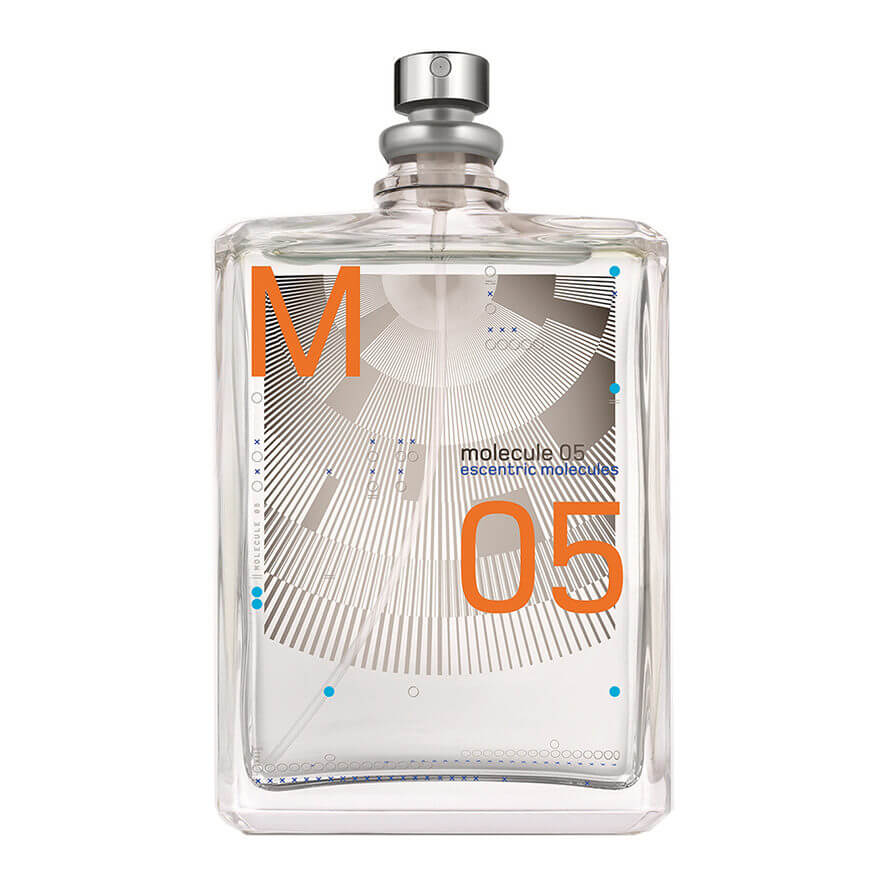